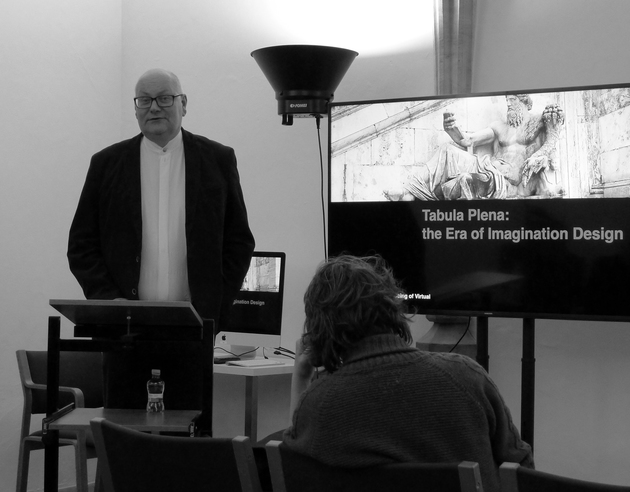 Dr. Soolep was born in Tallinn, Estonia in 1962. He received his Diploma in Architecture in Tallinn (1986) and defended his dissertation On Realities and Horizons of Design in Architectural Education in Portsmouth University, UK (2001).
He has been Guest-Professor in Umeå School of Architecture, Sweden.
He has been the Rector of the Nordic Academy of Architecture as well as dean and professor of the Faculty of Architecture in the Estonian Academy of Arts.
He was the member of the European Commission Advisory Committee on Training and Education in the Field of Architecture.
He was leading the Nordic Academy work group on accreditation and was the general editor of the report for the Nordic Council of Ministers: Nordic Dimension in Architectural Education: Working Towards Better Accreditation and Quality Assurance.
Jüri Soolep has lectured in the universities of Tartu, Oulu, Porto, Cork, Portsmouth, Liverpool, and Hosei Tokyo.
He is in the editorial board of journals Ehituskunst and ArchiDoct.
He has been a member of steering boards for Strong Research Environments ResArc and Making within Swedish Research Council Formas grant. Since 1991 he has been partner and lead architect in the architectural studio Archimedium. Most of his designs are built in Pärnu and Tallinn.
His current field of research include studies in the representational systems of architectural phenomena in the Digital Age.
He lectures on history and theory of architecture being interested in archetypal structures, cultural patterns and political meanings in Europe. 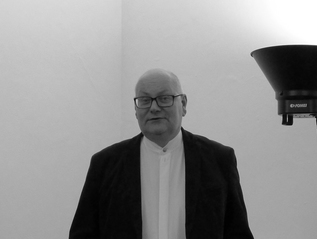 On this page you can find different lectures, lecture series and resources for entertainment, knowledge sharing as well as for Continuous Professional Development (CPD) within the domain of architecture. Some are free and some are commercial.

The lectures designed for CPD and endorsed by Estonian Academy of Arts have gone through peer reviewing and can be obtained with the CPD certificate, based on the ECTS system. Some lectures have been designed for the Estonian curriculum of EAA and thus are in Estonian.

On this page you can also donate for further work within Open Access publishing, both in the form of lectures as well as pdf publications. These one can find under the buttons of Books and Articles.

Thank you for visiting this page,
Jüri Soolep 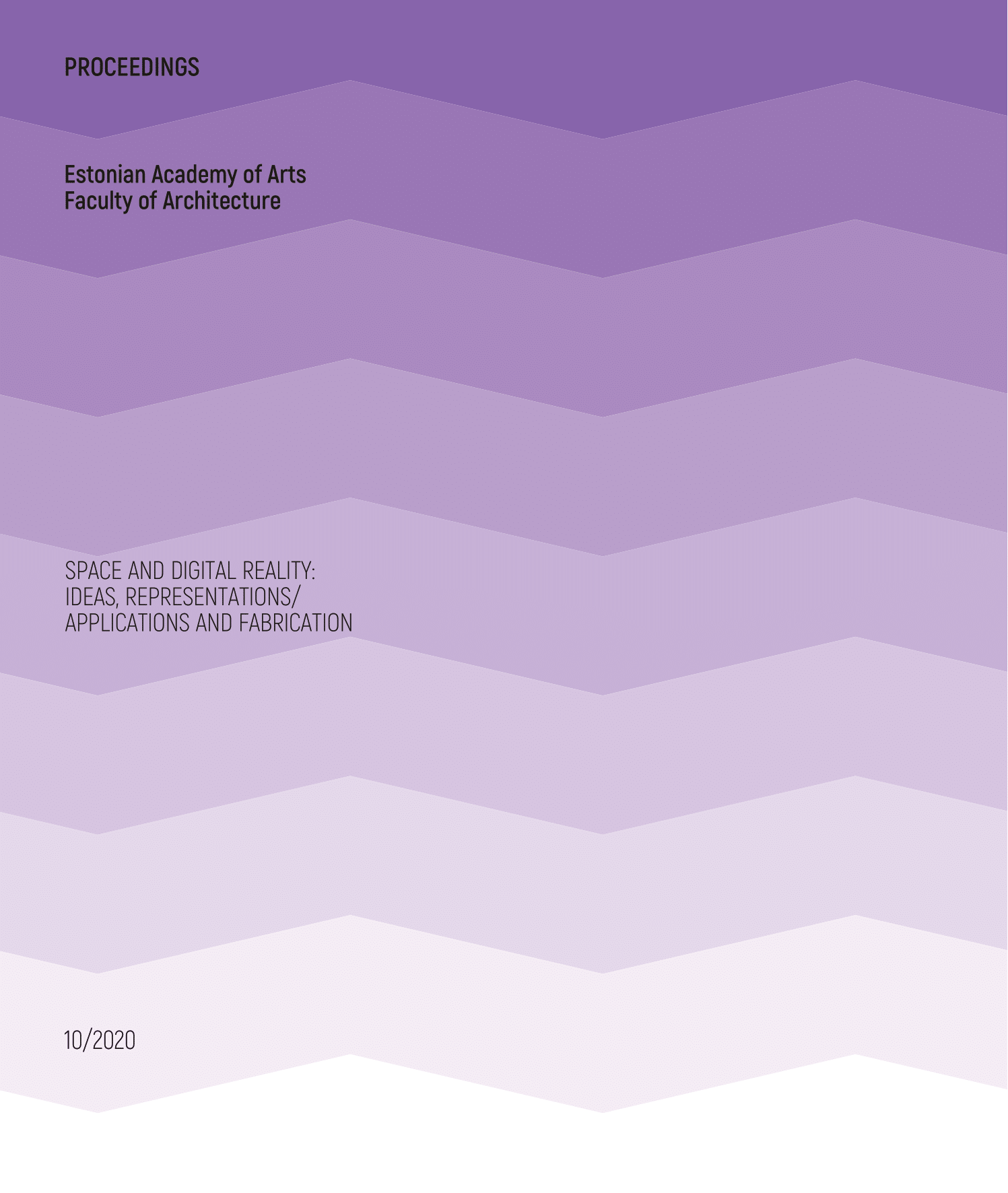 The journal in your hand is a new scientific publica-tion of Proceedings by the Estonian Academy of Arts (EKA), Faculty of Architecture. With our other journal Ehituskunst and the series of translations, we have a tripartite research engine, each talking with their own voice about architecture and place creation, using their own format and linguistic style — they are worth a glance to explore the vocabulary and the changes to it and also to see what is boiling and brewing around this cauldron. It is also worth noticing what spices are used and how the content is stirred so it will not burn. 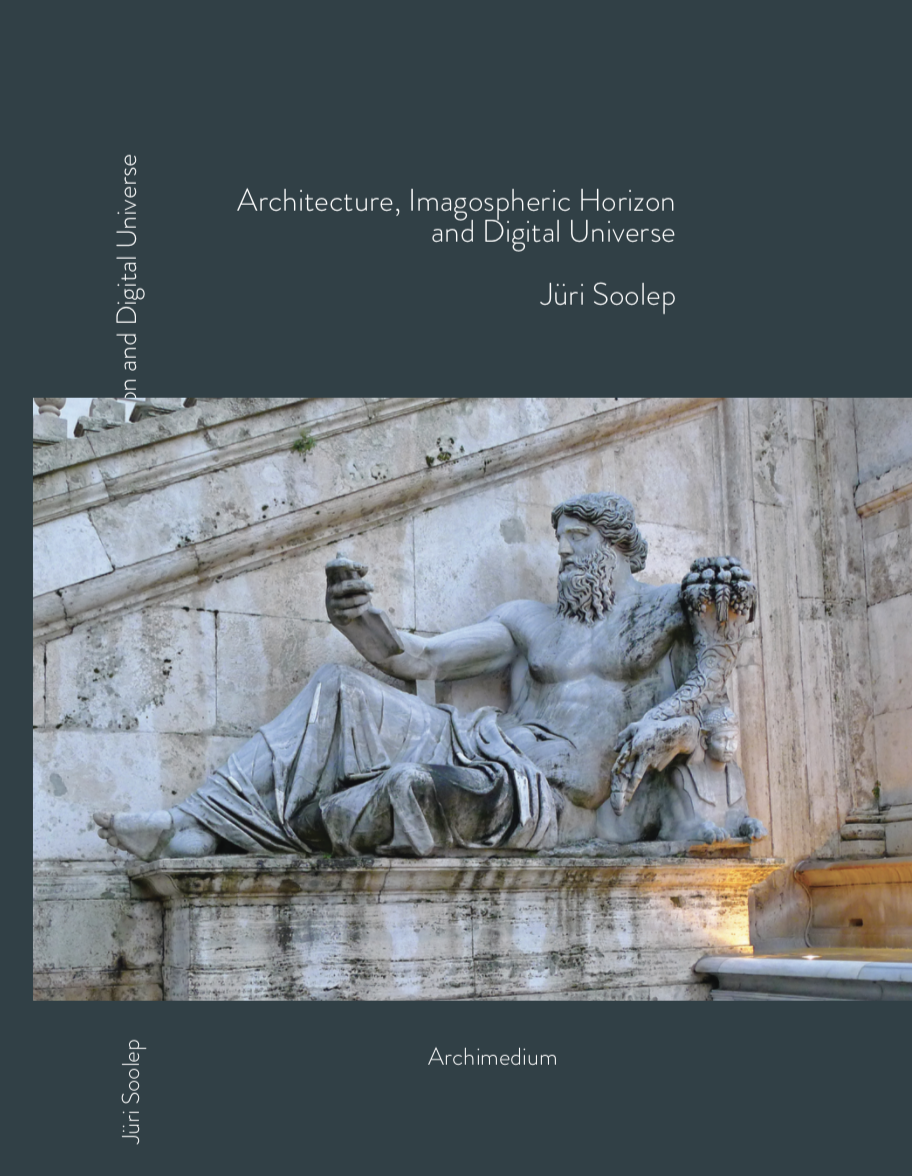 This collection of essays and lectures has been written over the last ten years. They are quite different but move in the same direction as architecture and architectural education. Some of them are wild speculations that play with the ideas of future, while others are more descriptive analyses of the state of affairs in architectural phenomena. Some of the essays were created for different academic purposes and were then developed further for publication. The introductory lecture is slightly older as it was a programmatic guideline for education and research ideas in the Faculty of Architecture of Estonian Academy of Arts. To a certain extent, other essays and lectures published here and written for other schools took their direction from that original programmatic presentation. The collection is arranged chronologically.

Prague Paper One I 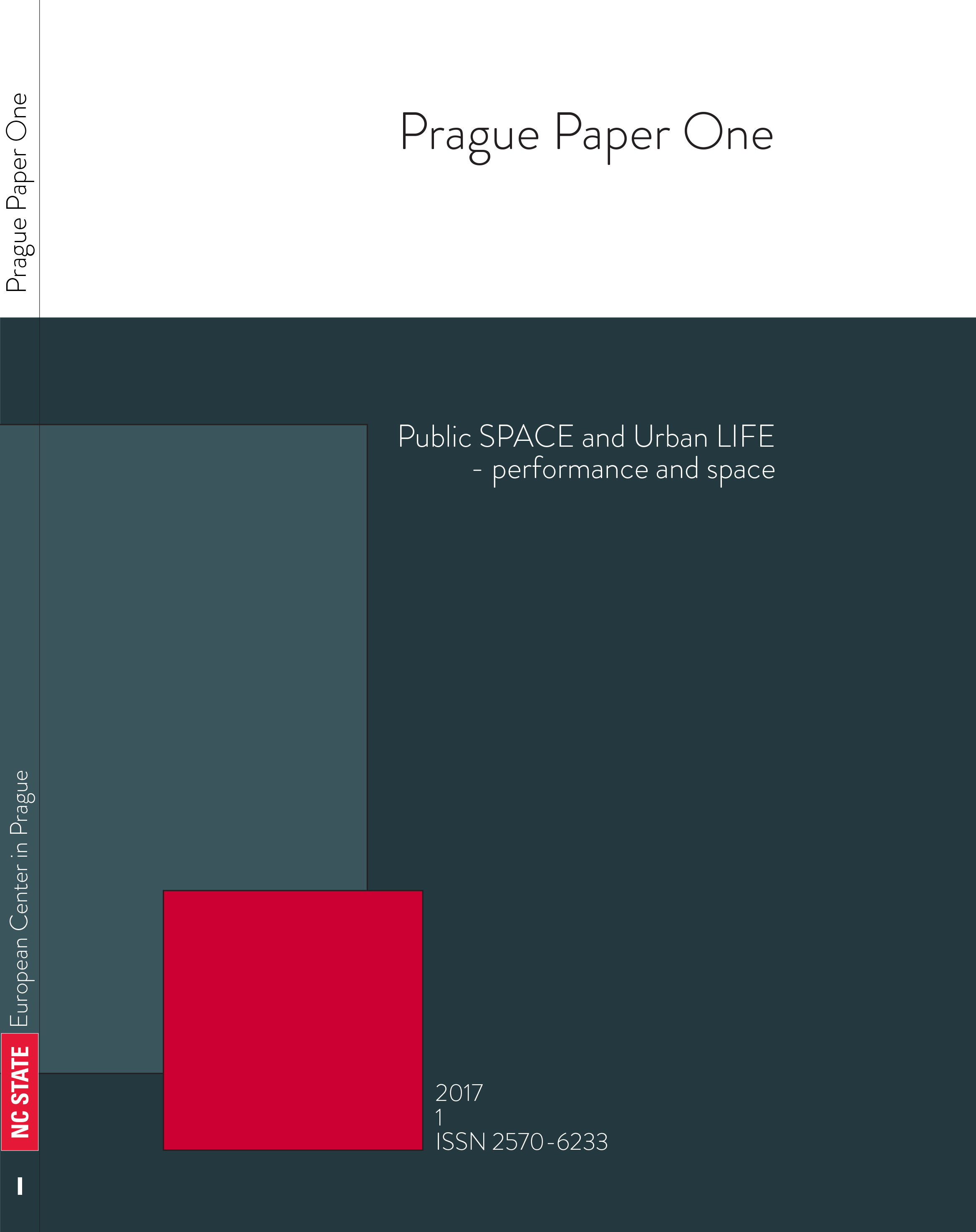 The Prague Paper Session One is just a small and humble attempt to bring together a group of people who have different opinions, experiences, profes- sions and cultures to join in a debate – hopefully the first but not the last. We hope this publication of the presentations and documented the discussions through aphorisms will help us enlarge the group in search of new paradigm. 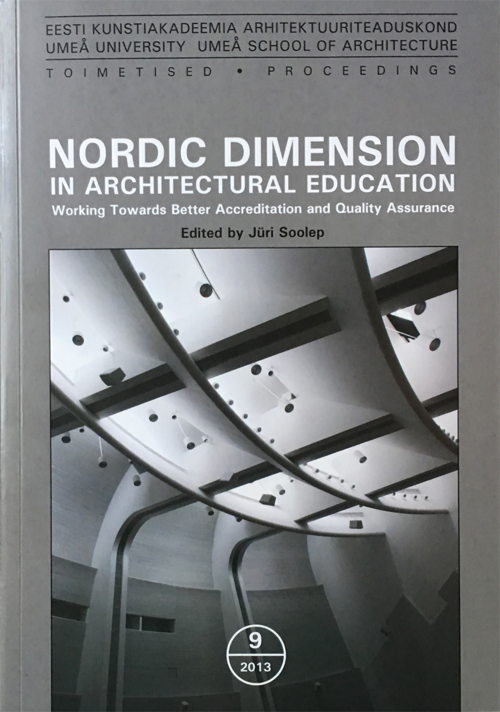 The working group for Accreditation and Quality Assurance (WAQA) has been set up by the Nordic Academy of Architecture (NAA). The workgroup gathered three times (07 December 2009, 09 March 2010, 02 November 2010) and the draft findings were discussed on the NAA Bergen meeting (06–07 May 2010). After the Bergen meeting, the work- ing group gathered in Copenhagen (02 November 2010) and further development was discussed on the Stockholm meeting (04 November 2010). Different policy interpretations were presented and a working seminar took place on 31 March 2011 in Copenhagen. The second policy discussion took place on 20 October 2011 in Lund. Nordic Accreditation and Quality Assurance Manual was edited by Leif Brodersen, Rasmus Levy, Ebbe Harder, Peter Kjaer and Jüri Soolep on the Copenhagen meeting (09 December 2011). The report was introduced also on the annual meeting of European heads of schools, organised by the Euro- pean Association of Architectural Education (EAAE) and the European Network of Heads of Schools of Architecture (ENHSA) in Crete (01 Sep- tember 2012). The final comments were made at the NAA Riga meeting (25 September 2012). 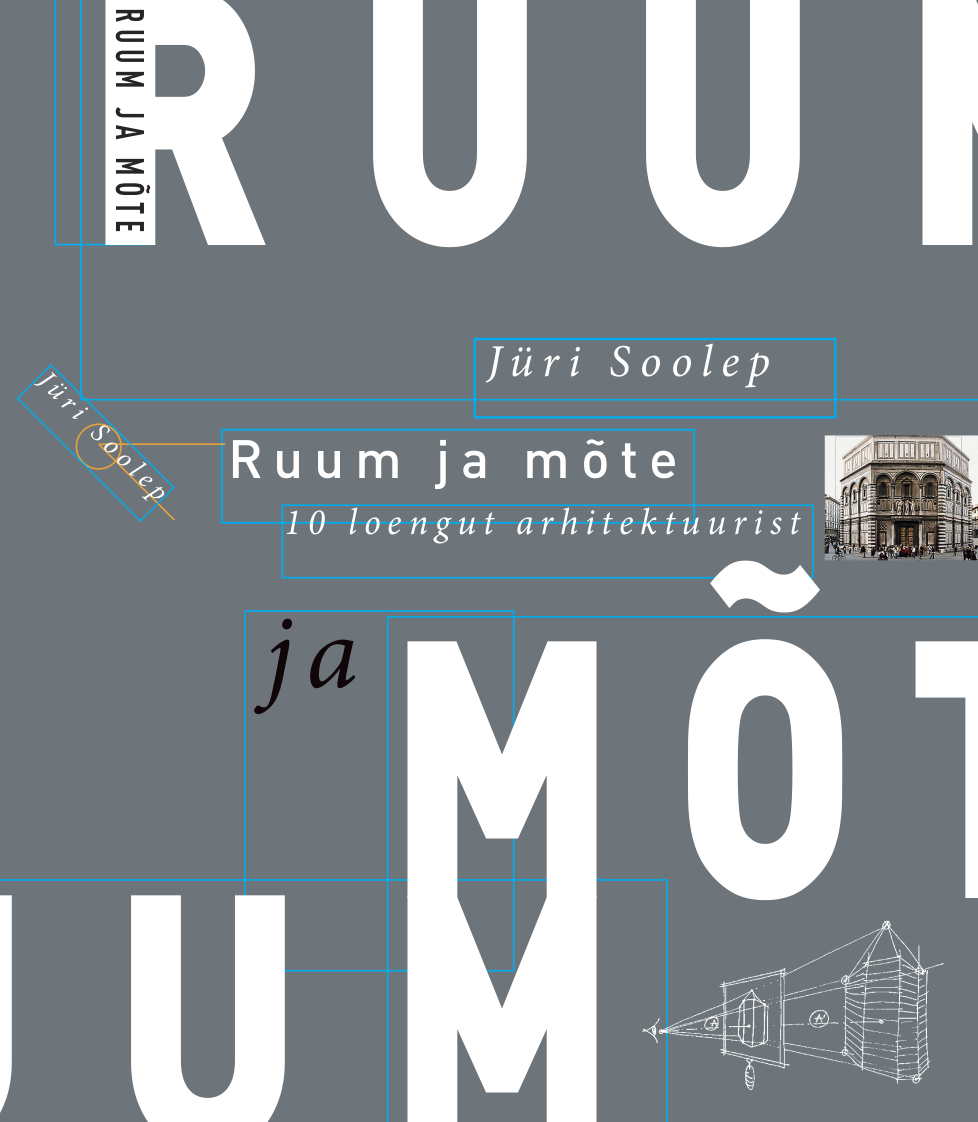 On Realities and Horizons of Design in Architectual Education 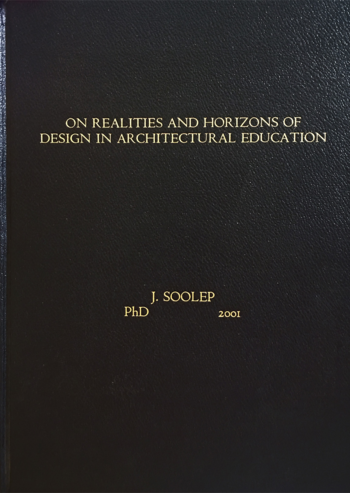 In this investigation the normative documents and the key-texts describing the current perception of architectural education in UK and EU were analysed. The description of design phenomena in Criteria for Validation (RIBA, ARB) was interpreted in the form of design domains. The domains were seen as a typology of meaningful, partly overlapping, wholes. The design phenomena, structured into domains, was then tested against the definitions of "design", "architectural design", "architectural knowledge", "architecture" and "architectural profession" in the Strategic Study (Strategic Study of the Profession. Phase 1. Phase 2. 1993), the Burton Report (Steering Group 1992) and the European Commission Council Directive.

Future is Now: the Era of Digital Reality

On the semiosphere - Juri Lotman

The Future of Employment: How susceptible are jobs to computerisation? - Carl Benedikt Frey, Michael A. Osborne 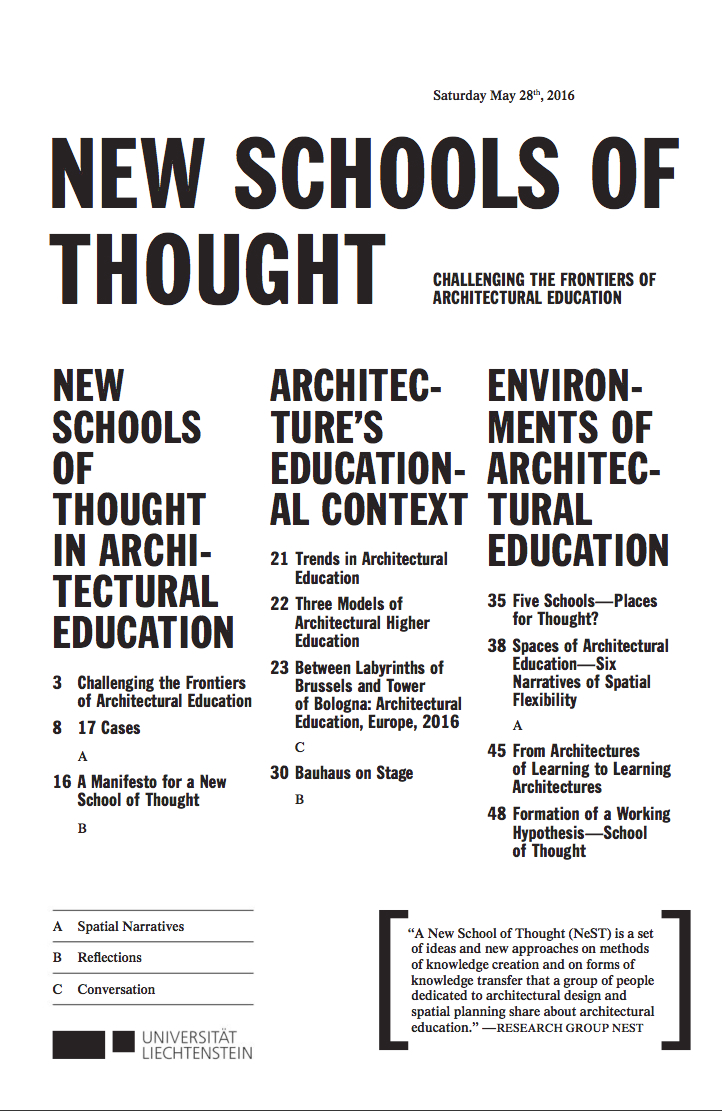 "A New School of Thought (NeST) is a set of ideas and new approaches on methods of knowledge creation and on forms of knowledge transfer that a group of people dedicated to architectural design and spatial planning share about architectural education.” — research group NeST 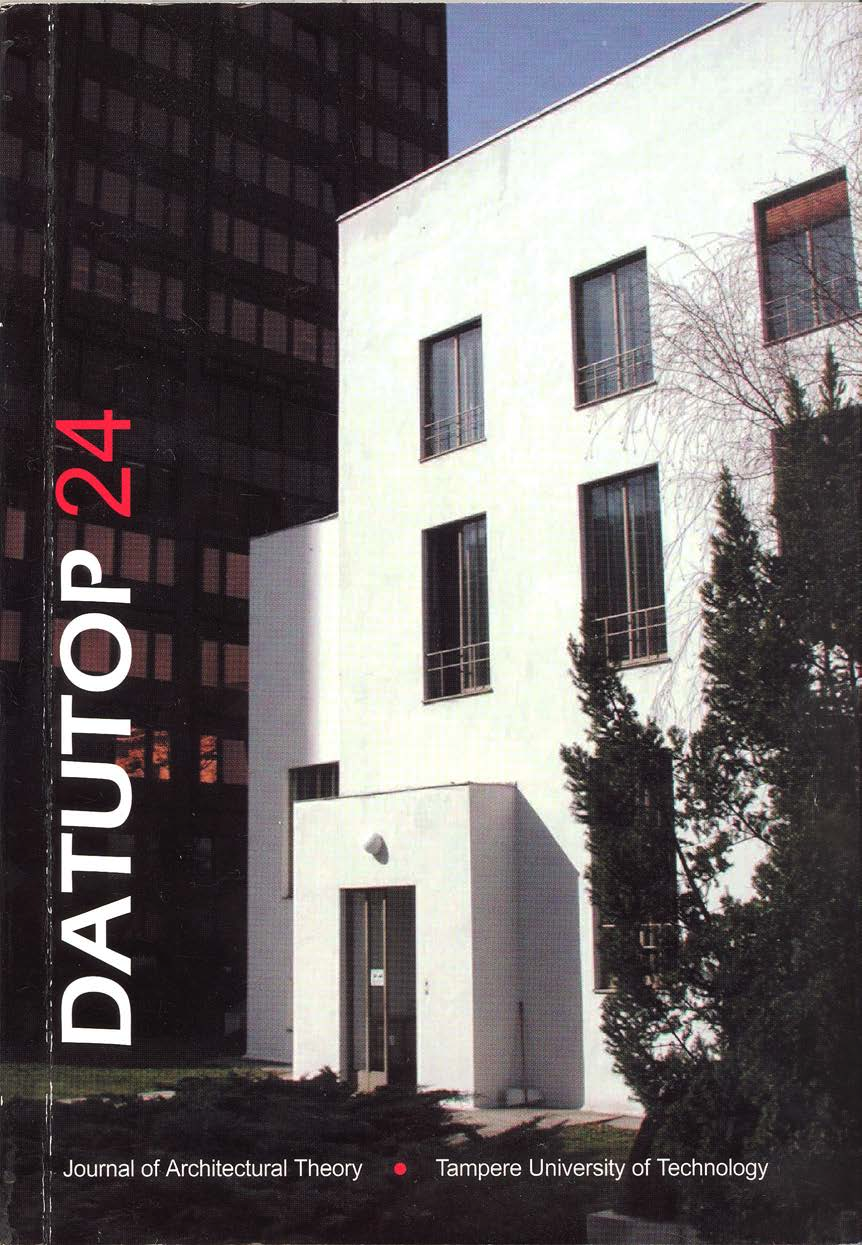 In this paper essay i would like to discuss temporal qualities of design process in architecture. The title of the paper, Being Given, has been borrowed from the book by Jean-Luc Marion.